Home
The Doggy Stories
Jake is Lucky to Have Your Family

“We were told by our vet that Jake found us at the right time. He was injured and fading fast when we found him.” Many other people would have just kept going and passed on him. “Some others  would have quit on him and put him to sleep.”

Jake was a bit odd from the beginning, but don't we all have our quirks? Jake could be the poster dog for “I have quirks.” He has a fear of men. Afraid of dark, bugs and especially the vet. He is sedated for routine check-ups so he can get through them. Jake loves to chase varmints.

On occasion, he can even catch them. He is no match for the myriads of squirrels in the oak grove in the neighborhood. Three feet of the tree trunk and they have him beat. He is very curious about everything but is afraid of it all when he catches up to it. He finally learned his lesson from the neighbor's cat. She taught him all about claws in a face to scratched up face encounter that left him bloodied up. She just carried on hissing and growling not giving up any ground. “Her yard, You go home!” That expensive lesson concluded by the vet's office to treat the wounds.

He fears rain and lightning. The farm equipment in the spring and fall evokes howls and yelps. He doesn't like those big green animals near his house. Jake hates delivery men be they in brown grey or blue. He shakes when they drive up and continually until they leave. Jake is so nervous that the poor dog chronically takes Prozac to cope with life. When he becomes too worried, he begins to nip and is increasingly aggressive. So far he had required two hip replacements for issues when he was a pup. Nail extractions from bad feet from abandonment. His initial situation early in his life contributed some to his oddities but then again not so much he is just Jake.

Not Such a Good Start

He was abandoned on a county road early one winter. He probably was a late fall pup. More than likely born to a mom of several litters in a family that could not handle another set. No idea how many siblings he had. He has so many issues most families would have given up on him and sent him to the rescue shelter or even euthanized him. Passing him by was not accurate with the family that took him in. Despite all his issues, they loved him even more. He is adorable.

But He Is So Cute

Some would say cute. But then again cute will only get you so far. During the last Christmas season, he pulled off and ate glass bulbs off the tree. A costly surgery later, glass shards are now out of his intestines. He hates temperature extremes. With the cold, he sits on the furnace vents to keep warm. With the summer heat, it's the perch in front of the AC. His family loves him dearly. They describe him as cute but not cuddly. People want to pet him, but a yelp and a nip change their mind.

Such a Great Family

The vet is amazed at how much this family cares for him with all his issues. He keeps telling them that Jake is lucky to have them. As the years go by, he seems to show them more of his quirks. Well, you might say that is just Jake being Jake and leave it at that. He is not the sharpest knife in the drawer, but he is adorable. 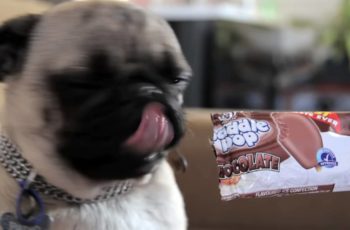 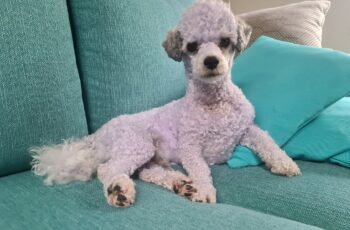 Gizmo is such an inquisitive dog. He enjoys exploring and …