Home
The Doggy Stories
The Collectors

Grace and Jim are collectors. Probably not the kind you are thinking. They are in league with Sam.

Their venture stems back to a date when Sam wondered into Grace’s path. She was shopping in an open-air market in the town nearby. An there was Sam. Very disheveled. He looked well worn and tattered. But he was an amiable kind of folk. Grace and Jim run a large farm in the Midwest. “Mostly crops and strays,” Jim likes to say. She was in town collecting supplies and other things she had not intended.

Overlooking Sam is easy. You look in his direction and not see him. He has no distinguishing features. For his young life, he has seen a lot of roads. He was not from a prominent family. He had not made a name for himself among the local vendors. There he was. Sturdy. Sharp, despite his skin and bones appearance. Not accustomed to three squares a day. He fancies the back of pickups.

Jim and Grace are the proud owners of a farm F 150.  Dented and marred in the usual spots. Even though the truck gets the job done, it is not a pretty ride. However, an open bed is just calling for an industrious ridder.

Grace loaded up her supplies. Said her goodbyes and was off to complete her circuit. Little did she know a ridder had climbed aboard. Sam did not care. Wind in his hair, moving scenery. And fresh supplies. For what else could a guy ask?

Polite and respectful was he when they met.   Jim came to unload the truck, and the boy was surprised. Someone else in the back of his wife's vehicle.  Grace was shocked when she hopped out. Sam was there sitting in the bed. “From where did he come?”  These were Jim’s first words. “I have no idea Grace” responded. “He must have climbed in at the market.”

Awe Such a Face:

Big eyes and a quiet face was all that Sam would revel. He did not plan to intrude. He just thought that bed and a nice ride were too inviting. A quick call back to town and no one reported Sam missing. No one knew who Sam was nor from where he came. No one saw Sam because he did not stand out.

“Well, I guess we take you in like the rest of our collection,” Jim said to Sam. “Let’s see about getting you cleaned up and some food.” No injuries present, just some matted hair and fleas. “Skin and bones were he,” said, Grace when Sam first climbed out of the truck.

Sam is not the first animal to arrive on the farm.   There is Sally the broken-winged Mallard. She made it through last fall, but she could not fly when spring came. There She was, one of the first in the line to check out the new arrival. Later she liked perching on top of Sam. That is after the two had become better acquainted. You see Sam figured out that they were strangers. Their Benefactors Grace and Jim expected then to get along. 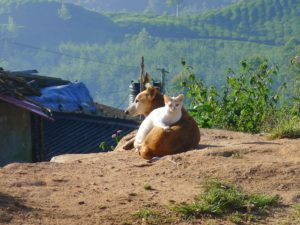 Sam was next in line to perform the rescue service; Though it was very much against his natural thinking.

You see there was this wet ball of fur. He brought it home and plopped it on the kitchen floor. Towering over the shivering mass, he presented the find to Grace and Jim. That is how the collection grew to include Gertie, the kitten who later became the queen mother of the brood. Even Sally the Mallard came around eventually. But only after Gertie quit chasing her.

Check back in later; We shall see if Grace Jim and Sam have added anyone to their collection. 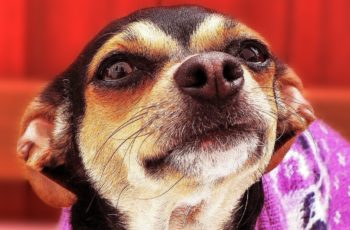 Melissa has fostered and adopted quite a few dogs. It … 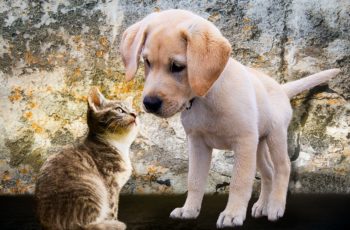 A man named Chris Ouwerkerk is a rescue driver for …