Home
The Doggy
The Epic Battle Of The Laziest MMA Dogs

Some Corgis are full of energy while there are those that are merely lazy.

There is hardly anything that can make a Corgi move when it is in a relaxed mode.

Anything that requires effort might be done, expending as little energy as possible.

We expect dogs to fight. Our pups do growl, nip each other, and make their MMA moves.

Our pets can't tap out, but these two dogs are in their arena, fighting the lazy way.

The ultra-tamed aggression is there, but these two doggies don't want to exert a lot of energy, at all!

The fight of the century

When a pooch is lying down, you'd expect that the other dog in the game area will jump on it.

This lazy Corgi stares as the opponent dog that is lying down, belly up.

There are effortless nips, and returning to lying down position to be at ease.

This two lazy Corgis conducted the slowest-paced fight of the century.

If you had placed a bet on either of these Corgis to win, you'd end up holding your breath for quite a while, in anticipation of the next move that'll take forever to happen.

These lazy MMA Corgis changed the history of dog battles with their kind of fight.

The police will surely ignore their epic battle as it will not disturb the peace.

These two pups acted like they were so low batt, their paw movement was too slow even to make an impact!

Corgis are intelligent, and this might have been a battle of wills because when it comes to strength and prowess,

these two Corgis sure do not show that they have it!

Even when one submits, the other won't tap it out, as their MMA fighter style is to lie down on their back!

Watch the epic battle of these two lazy Corgis that has gained over a million and a half YouTube views! 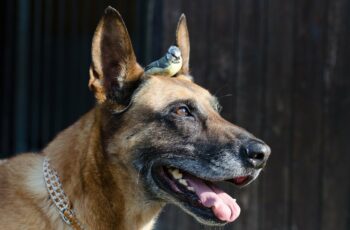 You will never ever run out of stories about dogs … 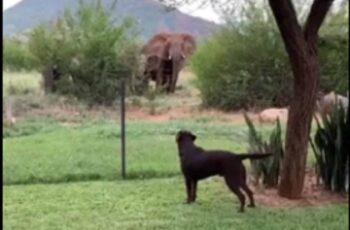 It’s not quite unusual for us to see dogs interacting …