Marc and his pet dog Shorty, a senior pug, are so close to each other that they used to travel together everywhere. In fact, it’s been very special that Marc calls him his “angel dog”. 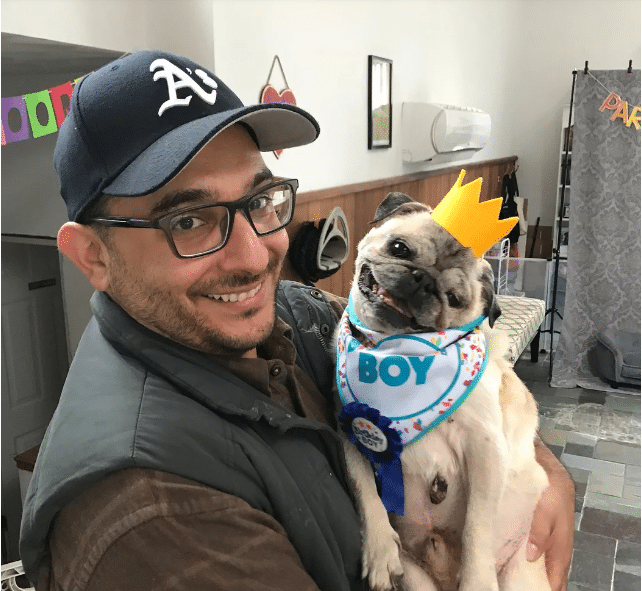 The dog has had a tremendous effect to Marc that he now runs a non-profit rescue center in Rhode Island, along with his wife, Kristen.

The couple currently provides a loving home to 34 abandoned senior pups and terminally-ill pets without a family.

Marc adopted Shorty 15 years ago when the pug was only a few years old. They were an inseparable tandem and really loved each other’s company.

However, due to old age, Shorty has to stay behind now whenever Marc needs to travel. This has made the dog very anxious every time Marc is away.

Marc’s wife Kristen noted that “Shorty will bark and cry and nothing will calm him down.”
Shorty won’t even calm down even if Kristen would hold him. They even tried putting Marc’s shirt into a pillow but still to no avail. 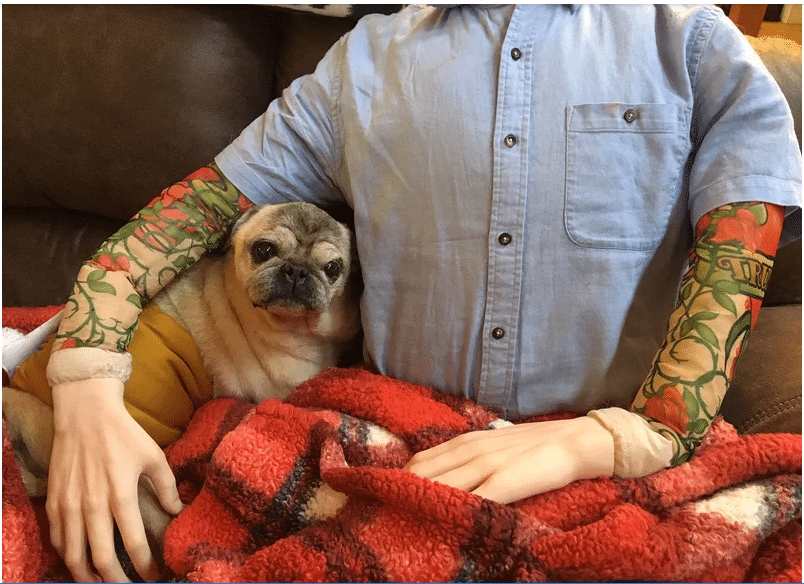 She visited a Halloween décor store and went home with a life-size mannequin.
Kristen thought the idea was crazy and didn’t really think it will work, but gave it a shot anyways.

They dressed up the mannequin with one of Marc’s already-worn shirt to have his scent. They even went beyond by adding a fake tattoo sleeve to imitate Marc’s arm tattoos.

They named the mannequin as “Farc”, short for fake Mark. After dressing him up, they placed Farc in the couch and observed what would be Shorty’s reaction. 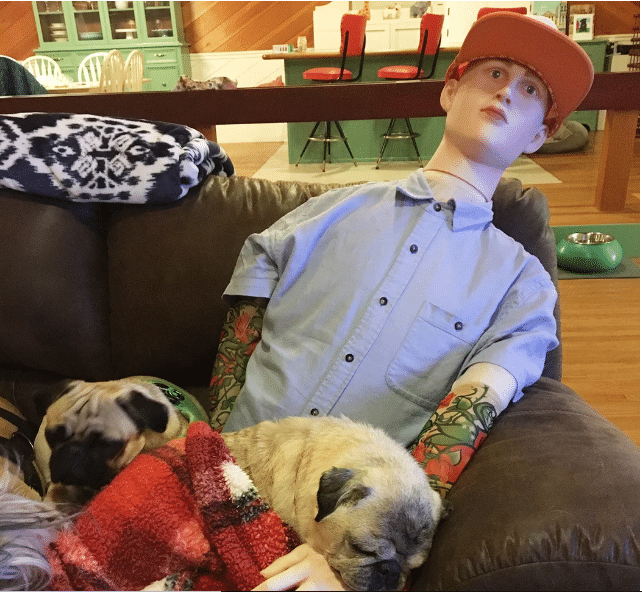 To their surprise, Shorty was able to sleep on the mannequin’s lap comfortably in about half an hour only! He slept through the night and Kristen with her mom couldn’t believe their eyes that it actually worked.

Marc was a little jealous when he found out the solution they came up with but was mostly happy for his partner finding comfort finally for his anxiety.

Thanks to our friends from People.com for sharing the original story. 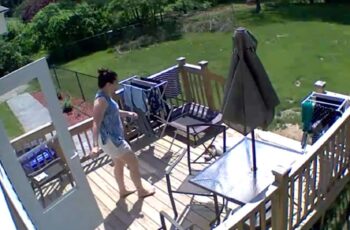 Fur parents really only want the best for their canine … 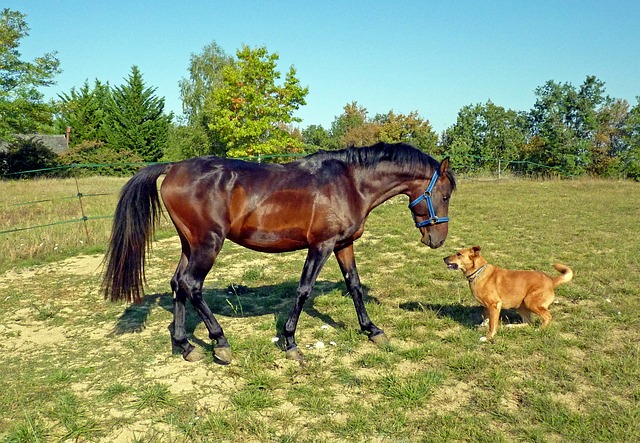 Affection abounds between this Schnauzer and North Swedish Horse. A …