“Toady is on his way to a new life and lots of fun.”

Toady lives in Louisiana with his owner Liz. That is He did until Liz became ill. She developed an acute illness that uncovered a severe problem.

Liz is a widower and Toady is her only companion. They have been together for three years. They are great friends.

As Liz’s illness progressed, she was less able to care for Toady. Her kids were two states away and could not help. Friends nearby “already have a house full.”

Poor Toady. He does not realize his jeopardy.

Liz is sorry to do it, but she and Toady drove to the local animal shelter.

She said her goodbye to Toady, and he remained in the care of a sweet young attendant.

Toady liked the girl but where is Liz going? Is it time to leave?

Toady All Alone and Very Cramped

Days went by. No Liz. Toady heard all sorts of noise. There is Barking, meowing (what was that?) whining.

All these sad expressions displayed because of missing family members.

Toady remained mostly in a tight cage next to rows of other inmates. He longed to be free and stretch his legs again. Did he do something wrong?

This environment was very foreign to him.

The Shelter where Toady resides is in partnership with a regional animal rescue group.

They collect animals from community shelters.

They bring them up to date on immunizations and treat any illnesses their staff veterinarians discover.

Toady experienced this process. However, it meant more time in the cage as these animals are quarantined up to six weeks to ensure no communicable illnesses.

Off For A Tune-up

Toady sure was not thrilled with this experience. Though treated gently, needles and probes appeared in all the wrong places, Yikes!

A clean bill of health, current on immunizations good looking teeth again and the kid is ready for school.

Wait that is the wrong kid. We are talking Toady here. Still, he looked great.

A short stay of ONLY four weeks seemed like an eternity. It is especially hard on those sore muscles; they did not get enough activity.

We Are On The Move

Toady hopped in the truck, surrounded by a cage that is, and took a ride up north.

Fresh from his days in the “Spa” Toady looked gorgeous. He even had a little prance in his step though he was still sad because he could not find Liz.

Despite his good looks and well-behaved manors, he had no takers. No one asked to adopt him. It was a puzzle for the staff at his new shelter.

One of the new caregivers at the shelter had a great idea. She hooked Toady up on social media looking for a “date” with his new owner.

If she could only discover who that owner was — pictures of Toady descriptions by staff members and stories of his antics circulated on social media.

Toady was becoming a star!

Can't-Wait To See Him

Jamie answered the call. She saw his post and could not get enough of him. She immediately made an appointment to meet him.

Sure enough, Toady warmed right up to Jamie. It seemed the two could not stay away from each other.

They played and interacted there in the lobby of the small shelter.

No other distractions mattered they were together now.

All Smiles How Cute

With a smile and a grin, Toady jumped into the front seat with Jamie. They are off to a new and adventurous life together.

Being with Jamie for two weeks now Toady has almost forgotten the many weeks of travel and containment to get here.

Toady finds lots of grass in the back yard. There are so many different smells to investigate.

Nice To Have A New Friend

But one thing is missing. Where are all the toads? When will they come out to play? That’s how I got my name. Not so many in New York City.

That’s a price for being a star on social media.

We wish Toady and Jamie well and lots of fun in their new lives together.

Tell us of your connection with your best friend. How did you two get together?

Were they a social media star when you met? 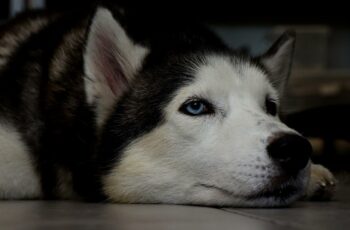 As dog owners, we can surely all agree that dogs … 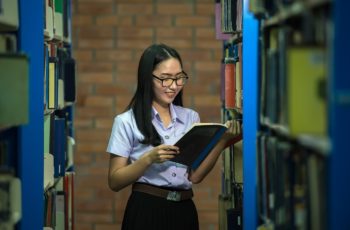 When a dog parent goes away for college, it's one …