It's heartbreaking how some dogs are kept only for profit. There are people that earn money by doing backyard breeding. And most of the time, when their dogs are no longer capable of giving birth, they are discarded like trash.

JoAnn Wiltz and Alex Babcock, both experienced rescuers from a nonprofit rescue group in Los Angeles, called Hope for Paws, have seen this too often. So when a fast-food restaurant manager called them about an adult female pit bull abandoned in their dumpster shed, they had a feeling that this was probably because of illegal breeding.

Hiding in the corner

The rescuers quickly went to the location and found the dog sitting in front of the dumpster shed. As soon as they got out, the dog went inside. Armed with a burger, the two ladies followed. They found her sitting by a corner behind a large trash bin.

Although the dog was hungry, her fear kept her from getting close to the women. Luckily, she didn't act aggressive or try to run away when JoAnn got closer. The dog's hunger eventually won, and she started devouring the food. While she was distracted, the brave lady slipped a snare over her head.

The pit bull was reluctant to follow them at first, especially when a noisy garbage truck arrived to get the trash. But after a while, the ladies were able to lead the dog to their vehicle.

Back at their facility, they bathed the dog and fed her some more. A vet took a look at her, and that's when they realized that she was indeed used for breeding.

The pit bull must have realized that she was safe with her rescuers and showed her gratitude by showering them with affection. Because of this, they decided to call her Kisses.

Another nonprofit organization took Kisses in and placed her in a foster home. She will stay there until they can find her a forever home. In the meantime, she kept living up to her name. She loved snuggling with her foster parents and would lick their hands and faces all the time.

Hopefully, her sweet character would help her get a new family. 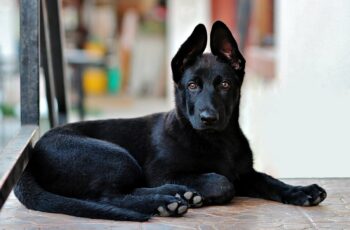 Cass is a stunningly beautiful black German Shepherd adopted by … 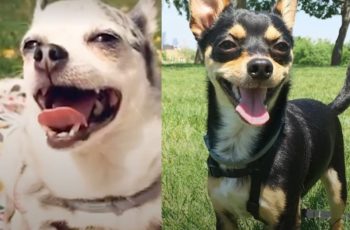