Home
The Doggy Stories
While Waiting For The Vets To Check On A Dog He Rescued, A Police Officer And The Dog Both Fall Asleep At A Pet Hospital

When police officers decide to take an oath to serve and protect, it does not mean that they will just do it when they are on duty. It also made no mention of merely assisting humans. When a police officer dons the uniform and swears to God and the people, that oath becomes a part of their identity.

Officer Kareem Garibaldi is an amazing example and living proof of this. The officer is a member of the Lakeland Police Department in Florida, where he has been lauded as one of the department's toughest workers. He was really on his third day of performing 12-hour shifts when his viral photo was taken.

A pit bull and boxer mix that he rescued from the streets was his photobomber. Officer Garibaldi almost hit the unfortunate dog with his police car the night before. Because the dog, which was only a few weeks old, lacked a collar, the caring officer went about the area looking for his owner.

The caring officer hoped the dog's owners would contact him, but no one did. So, despite being exhausted, he drove the dog to the SPCA Florida Medical Center so that the veterinarians could check on its health.

The officer fell asleep in the waiting area while waiting for the physicians to complete what they were doing. One of the managers of the facility, Connie Johnson, decided to take a snapshot of the duo when they were both deep asleep. Connie had no idea that the photo she took would become viral when she shared it online.

It was a good thing that she shared the image because the dog was adopted that same day. It looks like Officer Garibaldi's efforts were not in vain. 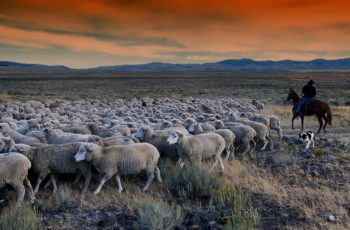 Patience is needed when you want something done right. Sara … 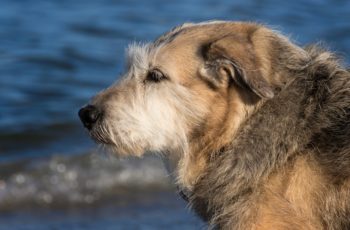 Going on an adventure with your dog is always fun …