Home
Dog talks to owner
Does your dog talk to you? Dog Rescues Man from the water

A dog name Dusty helped recuse a man at the waterfront this summer.
Dusty and his owner were walking on the pier — something they liked to do.
Dan, Dusti’s owner, notice he was acting out of the ordinary.

Talk to your owner There is a problem

Dusti’s bark was alert but with different emotion than Dan had heard. This bark was unusual for a good reason.
Dan went to check out what all the fuss was. Maybe a big fish? No, We need some help!

A senior man walking along the pier got too close to the edge. He was looking at something and fell in. Good news, he wasn't hurt. But, he couldn't get out of the water.

It is getting worse:

He did not know how long he was in the water, and he began to worry. Would the water temperature overcome him? Even on a summer day, loss of body heat in water is a problem.

Dusty didn't see him fall. He heard the man in the water and figured out that he was in trouble. Dusty began looking for Dan to make him aware.

The owner did not have a clue:

“I was at the beach off the pier. Dusty comes running and barking. It was a different bark that I had heard. He would run towards me barking and turn to the dock jumping and barking. I couldn’t understand what he was doing. He got me moving. Leading me with barks and jumps to make sure I followed.”

Dan got to the spot. The senior man was in the water and making noise.  He was asking for someone to help him out the water.

With the actions of Dusty and the help of Dan, the situation resolved with a good outcome. Dan helped the senior man back onto the pier. They called 911 for further assistance. The man stopped at the local emergency facility and warmed. He was released in a short time.

Does your dog talk to you?

With an unusual bark or a combination of bark and some actions, our dogs are speaking to us.  It can pay dividends to give attention at times.

The local authorities posted message. Dusty; the rescue dog that saved a senior man from a tragic outcome.

The elderly man wanted to “Thank my furry friend for playing his part in getting me out of the water. I don’t know how long I could have lasted but thanks to Dusty I am OUT!”

Please SHARE this story as a way of thanking Dusty for talking to his owner. 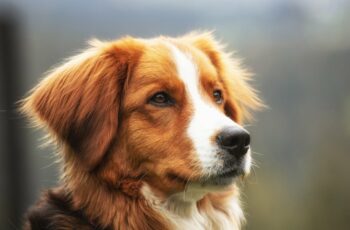 Ale Emporium is a family-owned restaurant that operates in the … 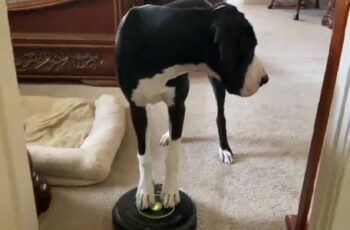 Pups love to show off their skills to their fur …