Golden Retrievers will always be one of those breeds who could make you laugh and cry at the same time. Some of those behaviors can be downright hilarious despite the inconvenience to their owners.

Take this golden puppy named Hudson who suddenly felt the urge to just plop down in the middle of a grocery errand. To be fair with the rascal, he probably didn't want to go in the first place.

Mom or dad probably convinced him to, so he grudgingly went. It's not like he had a choice once his hoomans made up their minds. In typical puppy fashion, he let his parents know how he really felt.

Perhaps he found the grocery floor so clean that he wanted to check it out. Then when he plopped down, he discovered that the floor was cool to touch, so he let his belly enjoy a full ride.

No matter how Hudson's hooman tugged at his leash, this little one didn't stand up. He changed positions by moving his head this way and that, but that was it.

The grocery errand now became a sort of slip N slide game for Hudson. He didn't know that getting dragged like that could be so fun and relaxing, so he savored the experience.

We must say that this hilarious pup found a way to make something unlikable, well, likable. At least now, he would have this experience to look forward to whenever his parents drag him into shopping.

Hudson's a true-blue gangster, and his attitude just made him even more adorable in his parents' eyes. We bet he made a handful of shoppers who saw the scene smile.

Now that this furball found something he truly approved of, doing the groceries with mom and dad won't be a chore anymore. His parents might just have to do extra cleaning on his underbelly after every trip. 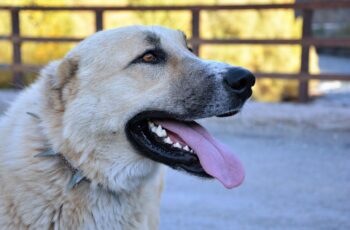 The world has been struggling with the devastating impacts of … 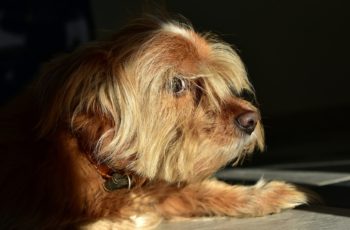 A sad-looking dog was found outside of someone's home. Nobody …