Labradors are famed not only for their friendliness but also for their trainability. They are incredibly smart, which is why dog trainers love them.

However, a couple of Labradors may be considered untrainable, unsociable, and stubborn. These were the words that some trainers used to describe a stray Lab named Bailey. Despite these perceived qualities, Bailey kept working on himself to prove his bashers wrong. In the end, he became a search and rescue dog.

Read on to learn more about Bailey’s incredible journey:

When Bailey was taken in by an organization in the UK called Dogs Trust, he gave everyone the impression that he was a lost cause. This was because of his complex nature that hid his natural talents.

But Graham Currie, a dog handler at the Essex Fire Service, came to Bailey’s rescue. Graham said that he was looking for a new pup to train. He discovered that there was something that the Lab loved more than delicious treats.

Once Graham realized that the dog displayed no aggression towards people and his fellow dogs, he offered to train him. While training Bailey, Graham said that he identified a specific drive in the Lab that could be used in crucial search and rescue operations. He loves finding hidden toys, an ability that is perfect for finding lost or trapped people in emergency situations.

Graham described Bailey as one of the most natural search pooches he had ever seen. He added that the Lab was like a mountain goat – a creature that has no phobias or fears.

Because Bailey had already found his calling, jobs and assignments immediately came in. He will be on duty with the fire service in April 2022.

Bailey will also become one of the 20 pooches to be utilized by the UK’s Urban Search and Rescue teams. And once he actually completes his training, he will become a member of the UK International Search and Rescue. 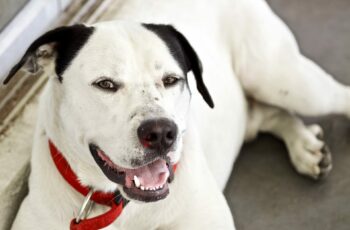