Sometimes dogs are struck with mysterious illnesses that even veterinarians have trouble diagnosing. Fortunately, even without knowing the underlying cause, vets have multiple ways to make sick dogs feel better. The following story shows how good veterinarians can handle a situation like that.

A dog named Ludo was sent to a veterinary clinic because he was in such a weak physical state. The dog's owner, Megan, was hoping that the vets could find out what was wrong with her dog. She was greeted by Dr. Jeff Young, who reassured her that her dog was in capable hands.

The vet initially couldn't identify Ludo's ailment, but they figured it was an autoimmune disease. The vets were sure that the dog's declining blood count needed to be treated through blood transfusion. Fortunately, a kind woman and her dog named Chase volunteered to give blood to Ludo.

After the blood transfusion, Ludo slowly regained his strength. Although he was still bed-ridden, his appetite improved, and his tail wagged again. The dog received further medication until he was healthy enough to return to Megan.

Throughout Ludo's stay at the veterinary clinic, he was always attended. The vets made sure he was comfortable and checked on him every hour. After he underwent a blood transfusion, a vet watched him for the entire day.

When Megan returned to the clinic to pick up her dog, she saw a more revitalized Ludo. He was still thin, but he was no longer immobile and weak. Dr. Jeff told the owner that the dog would likely take a few more weeks before Ludo could gain the weight he had lost.

Megan was thrilled that she could bring her dog back home. Dr. Jeff explained what the dog had gone through and his findings. Furthermore, he gave her a few instructions on how to care for Ludo moving forward.

Dog walks can be fun and exciting, at first. Admit … 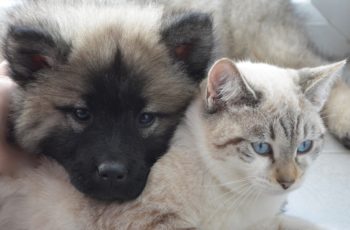 Dogs are nurturing by nature, and some would even take …