A concerned citizen spotted an injured stray dog wandering around one of Romania's industrial areas. Every time the dog took a step, he left a trail of blood.

The Howl of a Dog, a small non-profit animal rescue organization, stepped in to help the dog they named Amigo.

When the volunteers arrived at the shelter with Amigo, the doctors discovered that aside from the dog's injured paw, his tongue was a cut, and his legs, scar-ridden.

The caretakers figured that the dog probably cut his tongue while eating leftover scraps from sharp tin cans.

Amigo's weight, registered on the thin side.

This meant that the homeless dog was out of luck finding food on the streets.

Amigo found lots of food and medications thanks to his rescue friends.

Because of this great care, amigo slowly transformed into a beautiful healthy dog.

As you can tell, these shelter workers are skillful in restoring health to injured animals.

Whit a chance from the shelter workers, Amigo decided to interact with other stray dogs.

As a result, he became a more affectionate dog than he ever had before.

Theia is the Howl of a Dog's resident therapist.

She showed Amigo how to be himself, and even how to share toys with other dogs.

They are now best friends. So sweet.

After seven months of living in the shelter, The Howl of a Dog organization gladly reported that Amigo found a new home.

His presence was requested by his new family from New Jersey.

This loving family wanted a furry member to join them in the United States of America so they signed his adoption papers.

His human siblings happily welcomed Amigo making it easy to blend into their big family.

Now, Amigo will have an unlimited supply of cuddles, warm, cozy beds to sleep in, and experience loads of long walks on the beach with his new pack.

We love to hear of such success for our friends.

Tell us what you have experienced in the comments below.

Thanks to Howl of a Dog for being a part of Amigo's life. 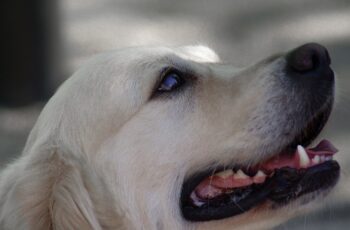 When world leaders decided to put their countries on lockdown, …