Pogo has always been an energetic dog. Since he was just a little puppy, he has been keeping his humans on their toes.

Pogo usually comes up with silly ideas, which never fail to surprise his family.

When Gemma McAdam and her girlfriend, Pogo’s parents, came home one night, they noticed that there was something off with their dog. Something red was all over Pogo’s fur, which they initially thought was blood. 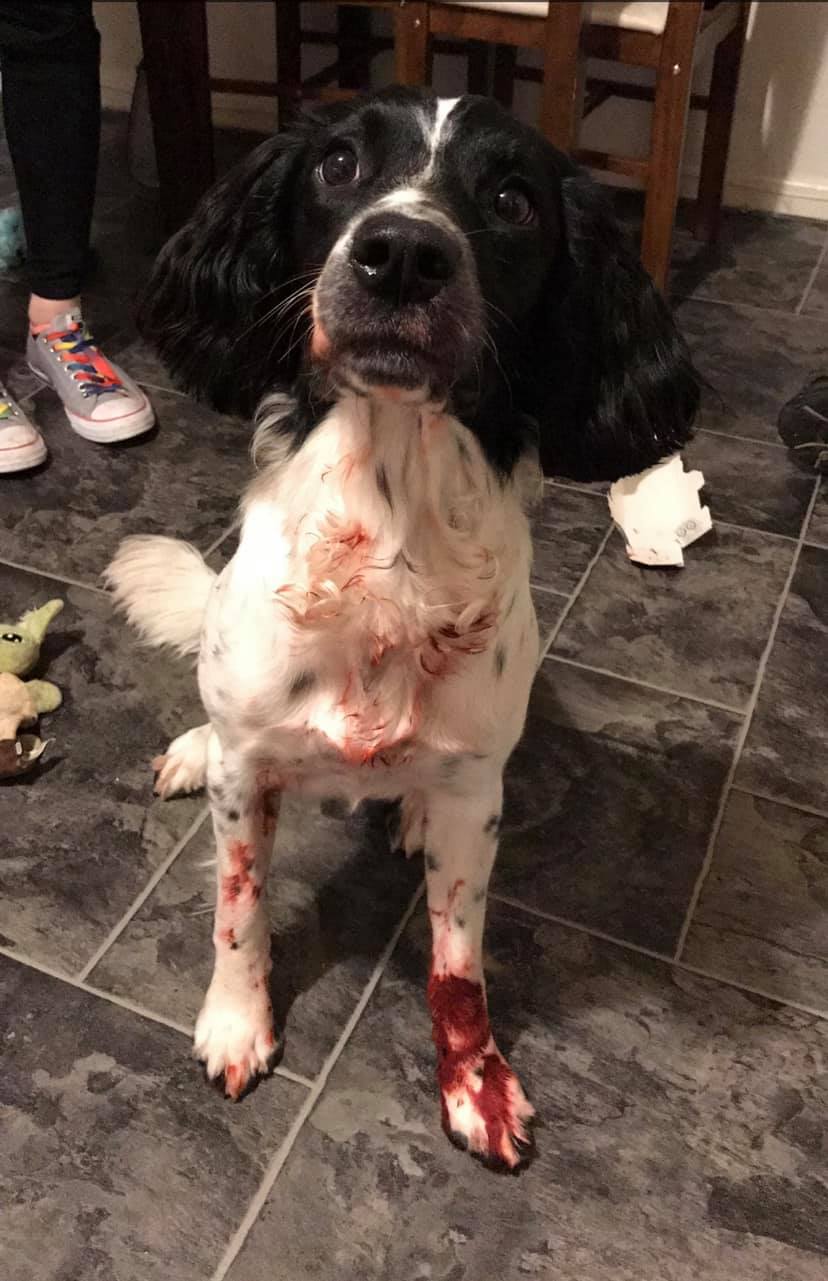 The couple panicked thinking Pogo injured himself. Gemma ran around the kitchen to look for the item that hurt the pup. Meanwhile, her girlfriend caught Pogo to check his injuries.

Neither of them realized that the pup was wagging his tail and was so happy to see them. According to Gemma, Pogo had injured himself in the past, so they know that he is not good at hiding pain. That should have been enough clue to make them realize that their dog was up to something.

Soon, Gemma and her girlfriend realized that Pogo was fine. So, they started to investigate what caused his red fur. As they searched the house, they discovered a red hair dye’s chewed-up container hidden in the pup’s bed. 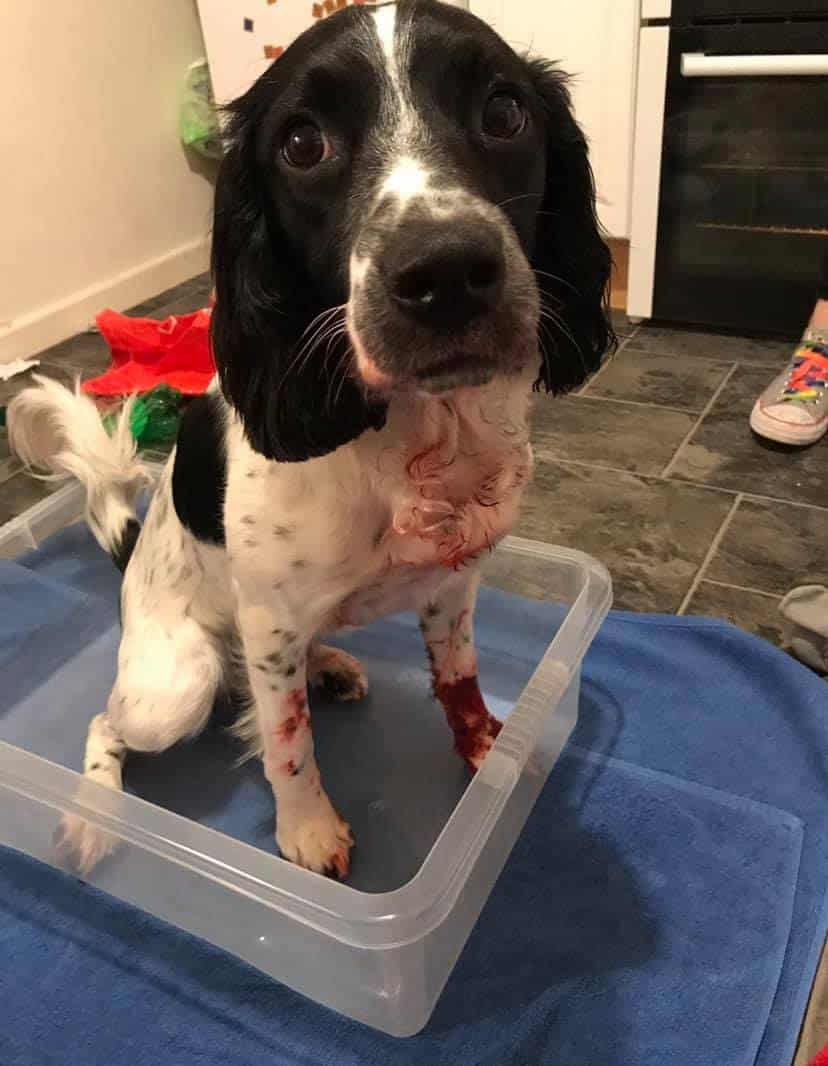 The couple consulted a vet and was told that Pogo would be fine. After that, they could not help but laugh at what their dog did. Pogo is indeed one adventurous pup, who would do anything to have some fun.

According to Gemma, Pogo was so happy. He kept running around and did not have the slightest look of guilt until bathtime came. That night, Pogo had a very thorough bath to get the dye out. Unfortunately, Pogo was still covered in red dye, so his parents had to try alternative solutions.

Gemma reached out to spaniel groups and some suggested seawater. So, the family went on a beach trip that week, making Pogo think that his parents were rewarding and not punishing him. Still, nothing worked. Pogo was stuck with the red dye for around three months. 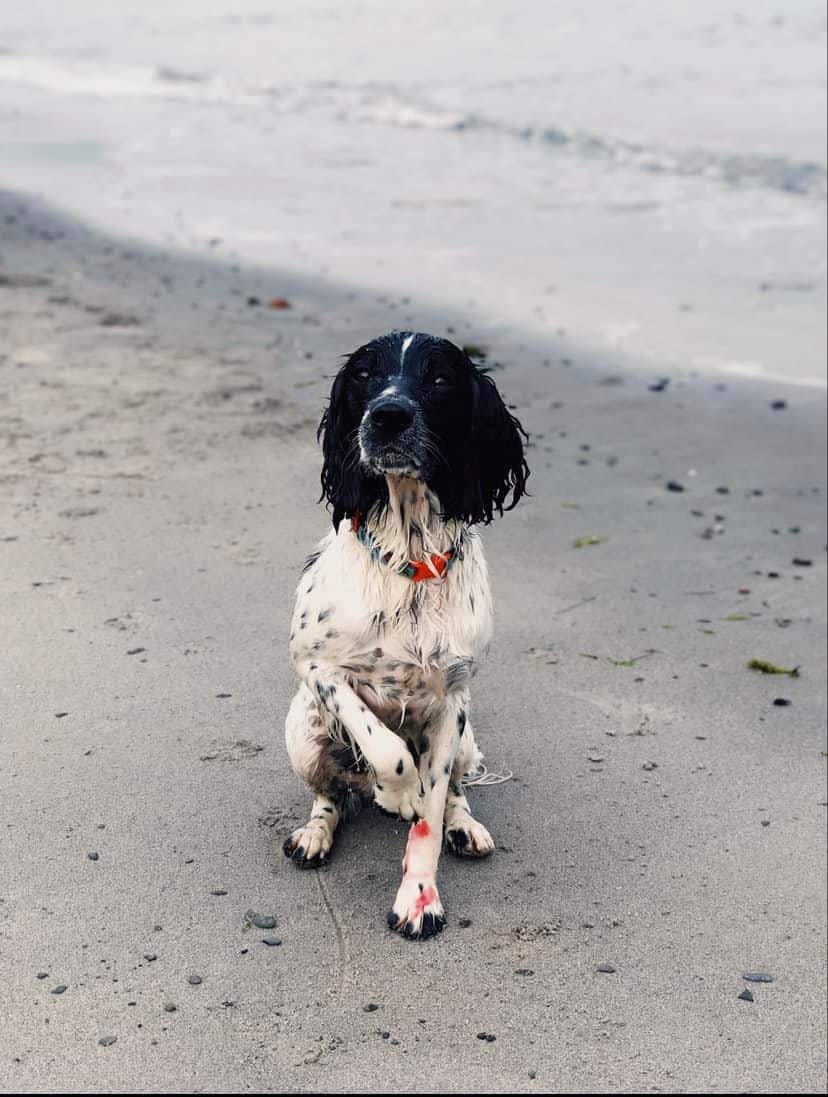 The couple only hoped that people would not notice Pogo’s red fur, but of course, they did. Many of them gave Pogo and his parents funny looks. Someone, who thought that they were ignoring the “injured” pup even called their attention.

Eventually, Pogo’s dye faded. However, that does not mean that his parents will forget his little adventure. Now, they keep themselves prepared for his antics because that is just how the pup lives his life. 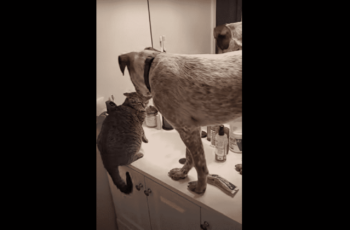 Sometimes, we get in one of those situations where someone … 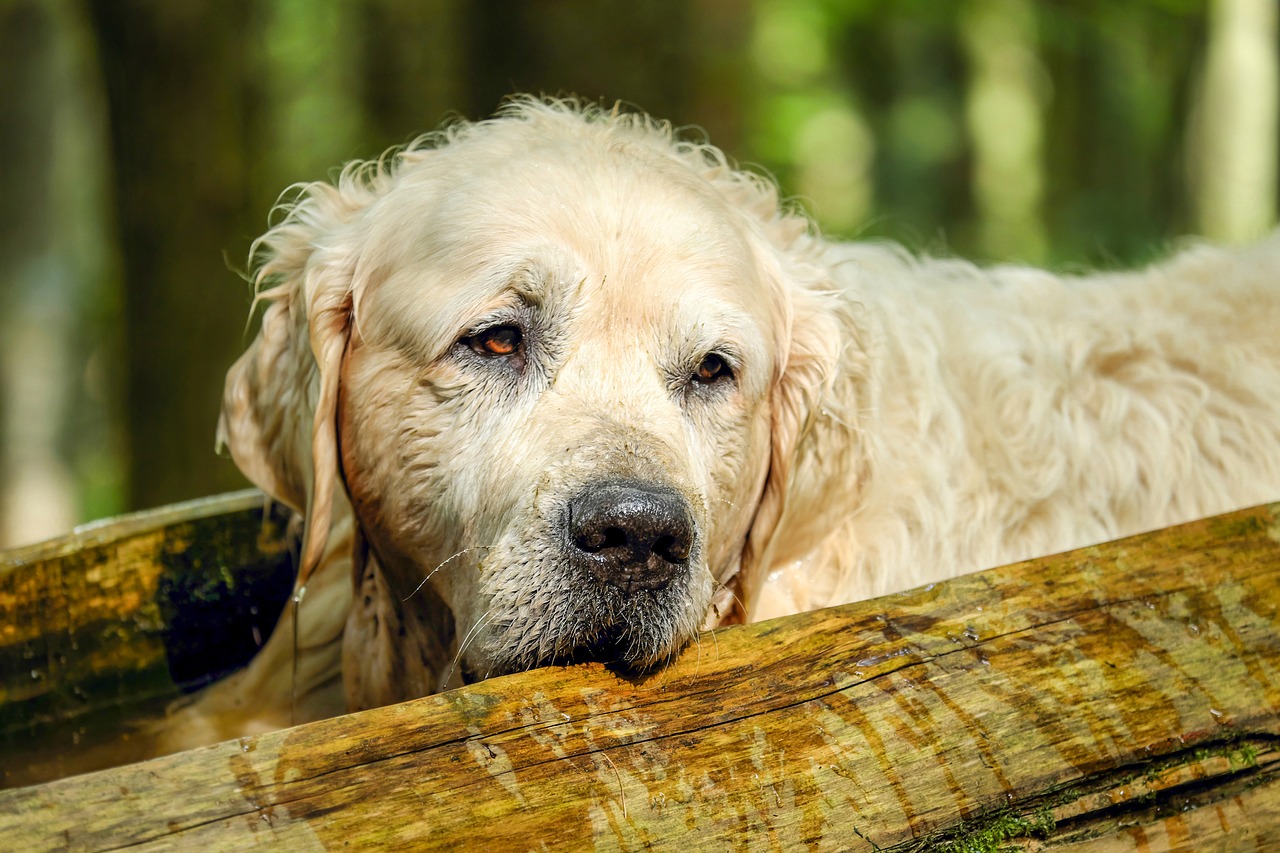 The reasons why you may consider spaying your pup run the …