Dogs are an interesting lot. They are fiercely loyal to their owners, but they are also cheeky little fluffballs who give their hoomans a lot to work with.

These Golden Retriever and German Shorthaired Pointer siblings are the perfect examples. The Golden's name is Zazu and the GSP's Walle.

They love their humans as fiercely as they love a good snack. This afternoon, the treat came in the form of a yummy croissant.

Zazu waited on his bed quite patiently. He was sprawled on his comfy nook waiting for his turn as mom handed a piece of the snack to Walle first.

His reaction was priceless. Walle woke up after mom softly called his name, and he promptly ate the delicious treat. He wasn't going to let an opportunity like that pass him up.

Zazu, on the other hand, curbed his excitement. He knew that his brother could get a bit overexcited, but since he was sleeping, this golden expected to be given the treat first.

It looked like Zazu wanted to do everything in his power to convince mom that it would be okay if he just got to the croissant first. He stayed put, though.

After some time, mom gave Zazu his share of the lip-smacking tidbit. Boy, was his reaction worth the wait! The croissant disappeared in seconds, and we could swear this pet sighed in satisfaction.

If there's anyone who's chill in this house, it's this golden doggo. Now, we have a feeling that this is going to be a daily routine from now on.

We bet that Zazu's day is now officially complete after getting his fill of a munchy treat.

We hope you enjoyed this short clip as much as we did. Have a nice weekend everyone, and as always, catch y'all next time! 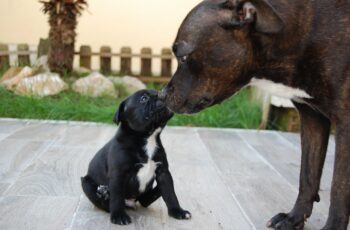 When the universe takes something away, it will give you … 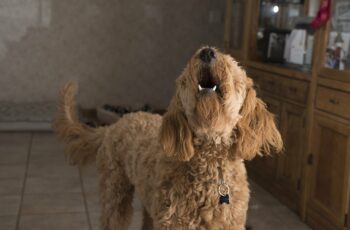 Meet Toby. He is an attentive and sweet rescue pup …