Odin has been homeless for most of his life.

Because of this, no one recognized him as an Alaskan Malamute.

He is a fluffy, black and white dog, but because he has been neglected by the dog breeders who owned him, he is now in a very bad condition.

He is nearly hairless, and his skin is sagging from his body. 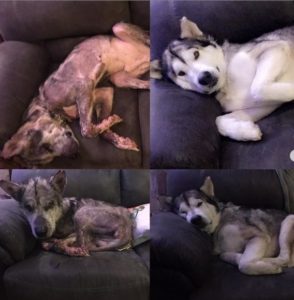 Some courageous rescuers investigated his condition to determine the help Odin needed.

Upon discoveing his state these rescuers accompanied Odin to the veterinary clinic.

Poor Odin, he was suffering from mange, intestinal worms, heartworms, and skin infection.

Odin had many broken teeth from poor care.

His severe state testified that Odin had been suffering for a long time. 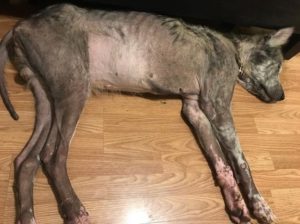 Odin required extra special care, because of this Sydney Schelkopf was called in.

Odin arrived under the care of Sydney weak and tired.

He emitted an odor that was terrible. Pew!

This smell came from the severe skin infection that tormented him.

Emotionally he was immature and shy. He withdrew himself around others.

Despite all these issues Sydney loved him back to life.

Odin cleared himself of the worms and the skin infection.

His fur is growing out white and black as it should be.

Slowly Odin is learning how nice it is to have a secure home.

His shyness is being replaced by eager interactions.

He loves to climb up on Sydney's bed and sleep next to him.

His famous behavior is to climb on the bed let out a big sigh and then snuggle until they are both asleep. 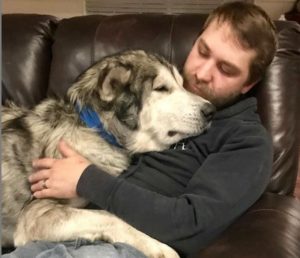 Despite all the suffering he went through, he still had love left in his heart.

Because of Sydney’s love for him, his spirit has started to heal.

Though he still has a lot of physical issues to deal with, Sydney is willing to give all the attention Odin needs until he fully recovers.

His fur is now longer and fluffier. On Halloween, Sydney even dressed him up as a lion.

Sydney helped Odin to live the life he deserves being a good dog with a loving heart. 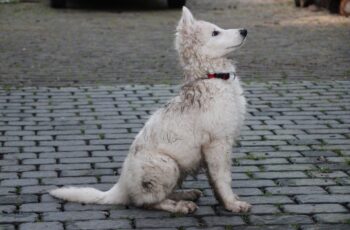 It was serendipity that brought this woman and her rescue … 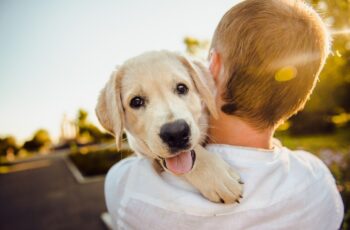 Every difficulty is a blessing in disguise, and that's what …