Home
Featured
Abandoned Dog With No Front Legs Gets A Makeover

Daffodil the Chihuahua was this cute little puppy that was full of energy. The tiny dog was so lovable, but not a lot of people appreciated her because of her birth defect.

Despite her adorable appearance, Daffodil's owner decided to abandon her because of her missing limbs. The poor dog was left inside a giant cardboard box on the side of the road.

For several days, Daffodil cried alone in a soggy cardboard box on the streets of San Francisco. Everyone that saw the dog was disgusted by her appearance once they lifted her and saw her missing legs.

Luckily, a kindhearted man discovered the puppy and decided to take her to the local Society for the Prevention of Cruelty to Animals (SPCA).  Daffodil looked sick and malnourished, so the volunteers were skeptical about her survival.

After just a few days, Daffodil received an overflowing amount of love and care and blossomed into an affectionate puppy. Despite her disability, Daffodil didn’t seem like she had any difficulties and thrived as a very active puppy.

The staff at SPCA was amazed at Daffodil’s spirit, so they wanted to give her the extra help. They used a special cast to get specific measurements to create her custom fitted wheelchair.

Daffodil loved her wheelchair despite falling a few times on her first try. She always picked herself up and kept trying until she got the hang of it.

Olivia, one of Daffodil’s caretakers at SPCA, grew attached to the little puppy. After giving it some thought, Olivia realized that she’d be the perfect candidate to adopt Daffodil officially.

Daffodil came so far from an abandoned and neglected puppy to finally finding a loving and accepting home. Her journey inspired a lot of people never to lose hope and remain optimistic despite life’s challenges.

Watch the heartwarming story below: 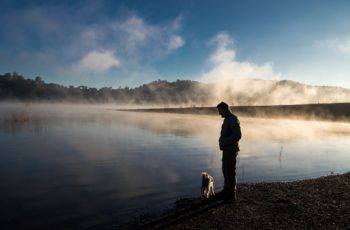 Erin O’Donnel adopted Harper two years ago from the North … 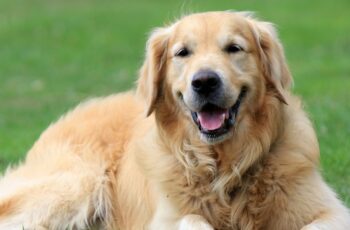 Bailey, the Golden Retriever, could not contain his excitement when …