A Corgi who has recently become quite popular doesn’t need to make a heart sign with his paws to show his affection to everyone — the loving pooch has a heart-shaped nose to do the job.

The bouncy, fluffy pooch named Wallace, is filled with warmth and love and is quite fond of sharing his happy vibes with everyone.

When Wallace is out on his routine walks, he always makes his owner, Noah Ramineck, to stop to meet the other pups outside so that he can give them a loving hug. The dog just gets overjoyed to see other animals of his kind, and he is not shy of expressing his love by giving as many hugs as he possibly can. 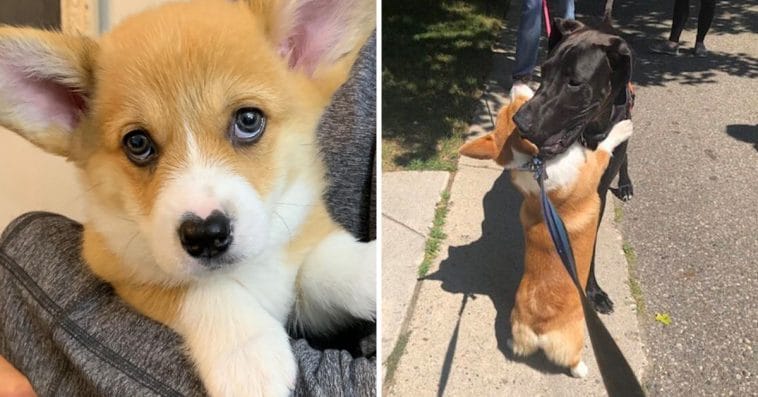 Distributing random hugs to all the canines he meets also looks quite befitting for the dog because of his gorgeous heart-shaped nose.

Noah said that he felt lucky to have such a loving pooch who also happened to be quite adorable. Noah added that whenever the dog went outdoors and started his hugging spree, he enjoyed watching him spreading the love and happiness all over.

Wallace is a little ball of joy, and no canine is too big or too small for him to miss out on his hugs. For the dogs who are bigger than him, the pooch has learned to stand on his hind legs to wrap his paws around them.

Wallace has successfully made many friends during his walks, and he is always excited to meet new dogs and is ready to make new friends.

Nobody has taught the dog how to hug —  it all comes naturally to him. The dog has just found hugging to be the best way to express his love.

Wallace also loves to shower his human family with his trademark hugs and keeps the house filled with happy vibes. 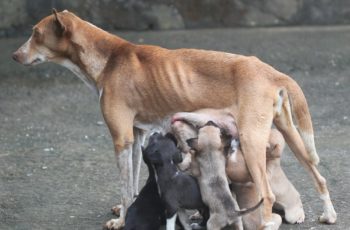 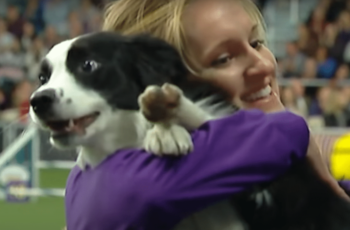 This Border Collie didn't have any chill when it came …